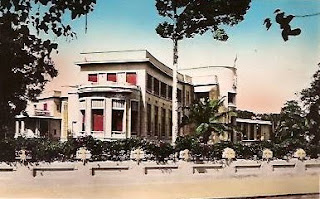 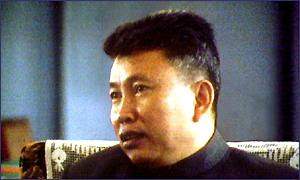 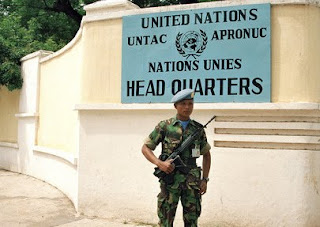 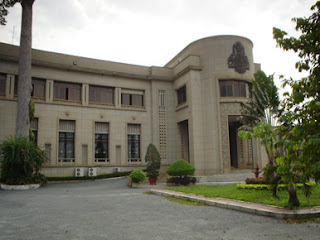 This huge building and complex on Sisowath Quay is not easily spotted because of the three meter high walls topped with fencing that now surround it. In the earlier picture, titled Hotel du Commisseriat de la Republique Francaise it had little but a few chained bollards and a hedge to protect it, I don’t know when the picture was taken, I’d guess in the late 1950s, but it may be more recent. Apparently it was Pol Pot’s main residence in during his reign, and in the late days of the Democratic Kampuchea regime it was used as an attractive location for visiting foreign journalists and a film crew from who all interviewed Pol Pot there. This was remarkable in that these were probably the only interviews with westerners that he did during his whole time in power. He didn’t do any before that, and in the following couple of decades prior to his death he did just a few, mainly in his last few years.
In the early 1990s the building served as the headquarters for UNTAC (United Nations Transitional Authority in ). Its Civil Administration, Civil Police and Military units were all run from here.
The exterior of the main building seems to have changed little in the intervening years. It almost appears as if a French-era crest still remains over the main doors, but it’s probably a newer one. It is now the Council for the Development of Cambodia headquarters. It’s difficult to get a good view of the place, but you can easily spot a few annexes and outbuildings in the compound that look like newish structures. Although the CDC is a powerful body, their headquarters seem in many ways a quiet and serene place considering the location near the center of the city.
at 4:37 PM 1 comment: 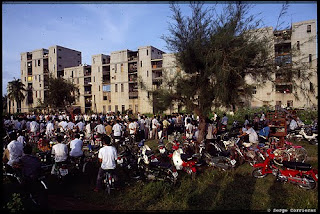 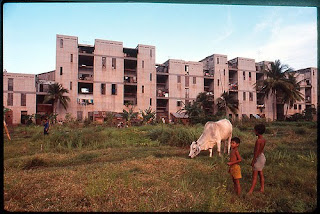 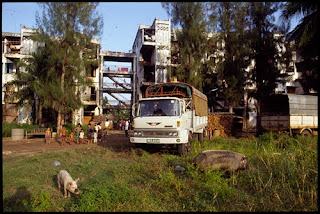 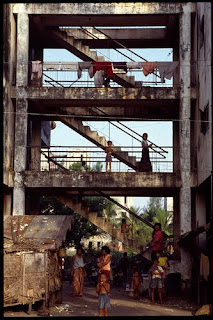 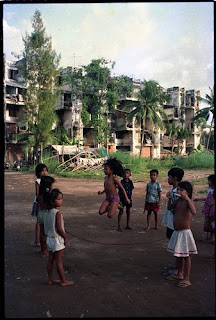 The previous article had a bit of a space in it because other than Roland Neveu’s black and white picture of a village militia training outside the “white” building in the early 1990s, there was nothing from that era, just 60s and modern pictures. Serge Corrieras is a photographer who spent much of the 1990s working in Cambodia, and many of his excellent pictures can be viewed on Flikr. It is quite amazing to see the difference between the city now and how it was then. The first couple of pictures show the “Gray” building, which was rebuilt soon after into the Phnom Penh Center, an office complex which was probably the only of its kind till relatively recently. The other pictures show the “white” building, or Boudeng as it is more commonly known. The spaces between the two building had plenty of grass growing and you can see cows and pigs grazing around. At the time the pictures were taken, in 1991, Sothearous Boulevard nearby was called Lenin Boulevard. Later these spaces were filled in with various shacks, houses and other structures which have all pretty much gone by now.

More of Serge Corrieras' pictures can be seen here: http://www.flickr.com/photos/scrambler450/sets/
at 5:00 PM No comments: 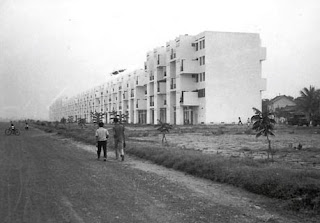 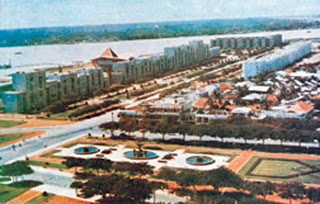 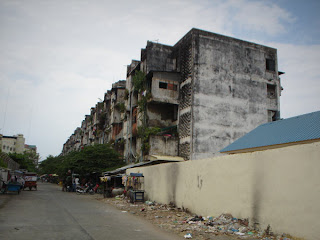 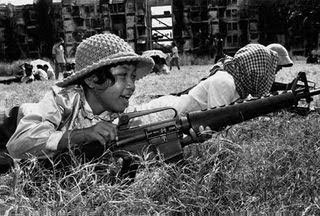 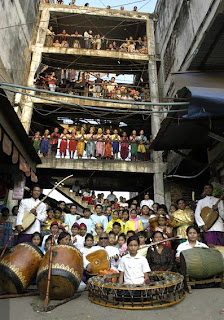 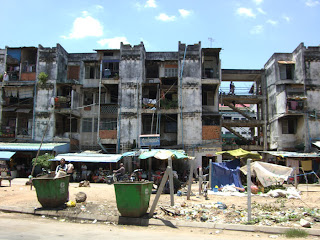 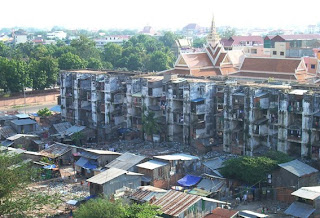 The picture of the village militia training in 1993 is by Roland Neveu.
The Cambodian Living Arts picture, one of my favorite pictures ever, is by Isabelle Lesser.
at 4:52 PM 4 comments: 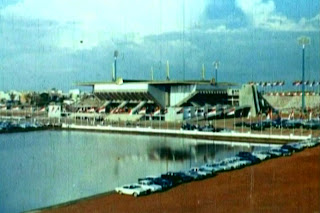 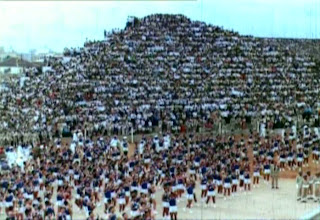 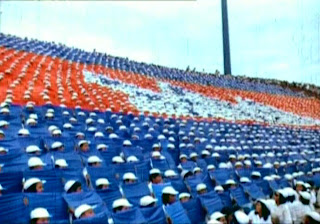 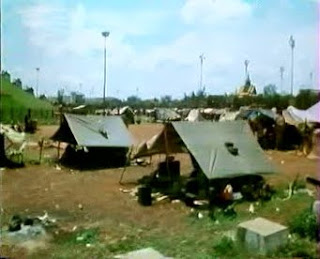 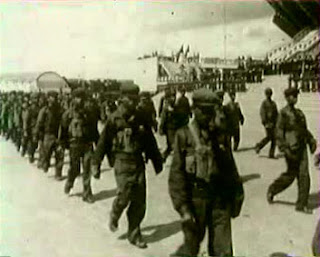 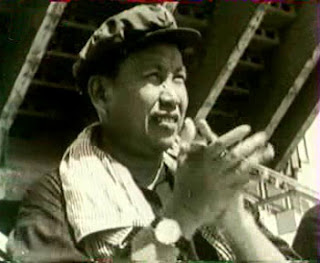 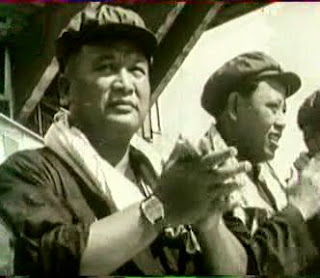 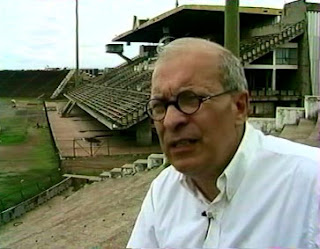 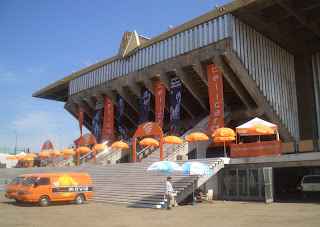 This was designed by eminent Cambodian architect Van Molyvann and completed in 1964. The first few pictures show the huge pond which was originally in front of it, and crowds at its inauguration.
One picture shows the stadium in around 1974, when it was used as a camp for republican soldiers and their families.
The black and white ones show Khmer Rouge troops parading in front of the stadium after their victory, Pol Pot in one picture and then Nuon Chea and Ieng Sary, members of the Khmer Rouge leadership.
Another picture shows Raoul Jenner, a political analyst on the terraces of a rather run-down stadium in the early 1990s. The last picture shows the stadium dressed up for the 2009 World Disabled Volleyball Cup. In recent years the stadium has been painted and kept fairly well, although it's not difficult to see where improvements could be made.
at 7:41 PM 4 comments: