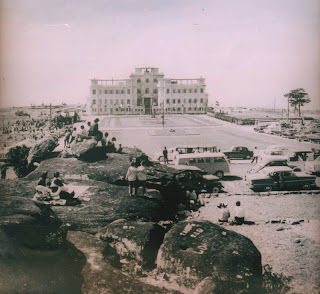 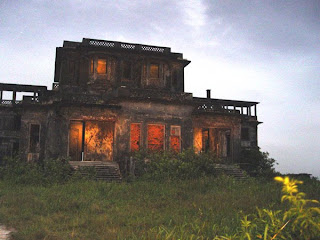 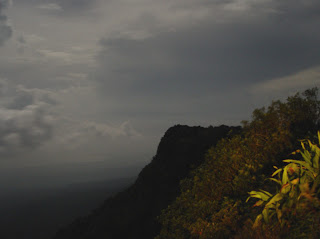 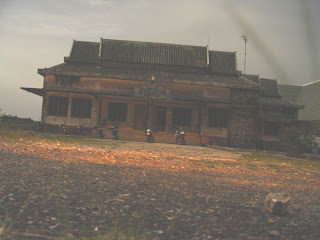 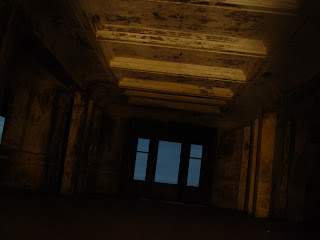 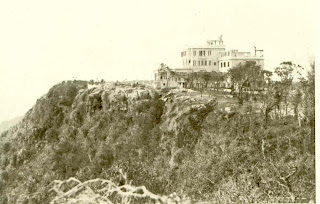 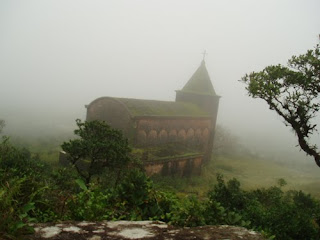 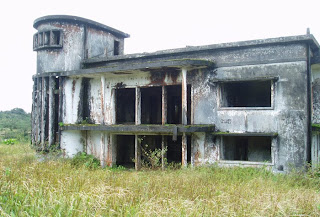 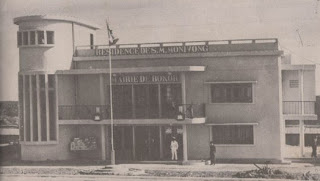 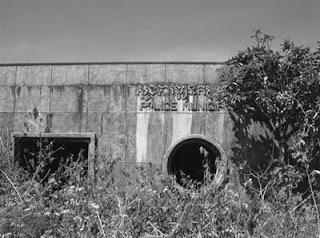 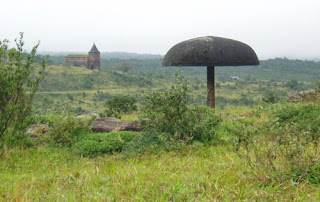 A bit of a detour from Phnom Penh, about 200 kilometers in fact, is Bokor mountain, probably my favorite place in the country. Its name comes from the mountain’s similarity to the hump of a cow. At its best vantage points there is a steep cliff hundreds of meters high which ends in the lush and noisy canopy of a vast rainforest which stretches another ten kilometers or so, almost to the coast. In this relatively flat country it is quite remarkable.
The plateau at the top of the mountain has no history of human habitation, due to its inaccessibility. There are hill-tribes that exist in the immediate vicinity, but on lower elevations. French explorers reached the plateau around 1912, and it was decided not too long afterwards to build a hill-station there. To those unfamiliar with the concept, a hill-station was a facility built by colonial authorities on hills, with resorts, hospitals and hotels available to those who needed respite from the insufferably hot plains below.
The road to the mountain winds more than forty kilometers around the edges of little hills, culverts, ravines and bridges in dense jungle at first, but later evens out towards the top. This was built with corvée labor, which was the French administration’s attempt to collect taxes from people who couldn’t pay them, by forcing them into civil engineering projects. In this particular project many of the laborers would have been Vietnamese prisoners from nearby colonies, rather than locals, however this doesn’t excuse the huge death-toll amongst workers. Some estimate that as many as 20,000 people died on the construction of the road.
Eventually the road was finished, and development gradually took off. There was a “marie” or mayor’s office, a hospital, a church, a post-office and some hotels which at times in their history served as casinos, along with a few private residences in the surrounding area. There were also huge farms on the plateau experimenting with and growing different temperate vegetables for the resort, and of course many new villages to house all the local staff and farmers. The area became embroiled in war in the late 1940s and at first the hotel was used as a hospital, but was abandoned after being set on fire by a group called the "Black Dragon." It was rebuilt in the early 1960s and officially opened again in January 1962, withe the addition of a casino. It again became cut off by fighting in the early 1970s, and was off-limits to visitors for the best part of the next three decades. There was fierce fighting on the mountain after the 1979 Vietnamese led intervention, and for many of the following 20 years the area was fought over, changing hands from government held to DK held and back again innumerable times. Very little of this is apparent now, there are just a few concrete shells of buildings and weeds, some bullet holes and blown-up corners on otherwise sound looking structures, and until recently at least, a skeleton of a anti-aircraft gun emplacement on one of the hills. Of course it’s being developed now, I’ll write more on that later.
The big picture with the Volkswagen campers in the foreground is from I’d guess the early 1960’s, and is my favorite picture of the Bokor Palace Hotel. It also proves that scratching graffiti over any suitable surface is not a new phenomenon up there.
Most of the other pictures are visual comparisons I made between various buildings as they looked in 2005 and how they appeared in the 1968 movie “Rose de Bokor”. At the time I couldn’t find many old pictures of the area, so they are low-res frame grabs rather than the clearer images I’d have preferred. Some of the other pictures were taken at night on long exposures, and were artificially lit with a mag-lite.
at 2:18 PM

Hey! Great stuff—love those archival pics. I've written about Bokor a little , and it too is my favorite place in the country. Would love to get back there someday, and to do more research in the National Archives...

It's a very detail writing on Bokor, so that we could know a bit history of Bokor.

Hello. Know more about Bokor Hill Station (in french)
http://bokor.kamboo.com
If you want to contribute…